On May 13, 2013 the Swiss judicial system requested the US firm Weebly Inc. in San Fransisco, to remove the website. 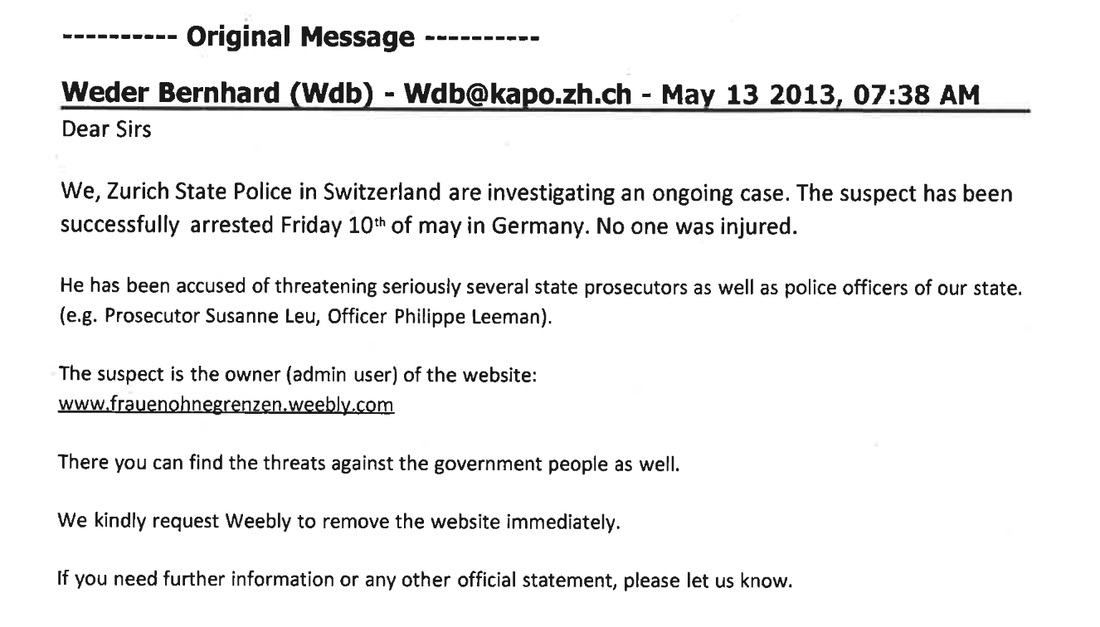 The same day the Weebly responded by stating, that they will only act on a US court order.
Due to the US constitution and the 1st amendment the request of the Swiss government was refused.
Not even the FBI attache stationed in Berne, Agent Daniel Brady was able to help when he was summoned by Swiss officials. 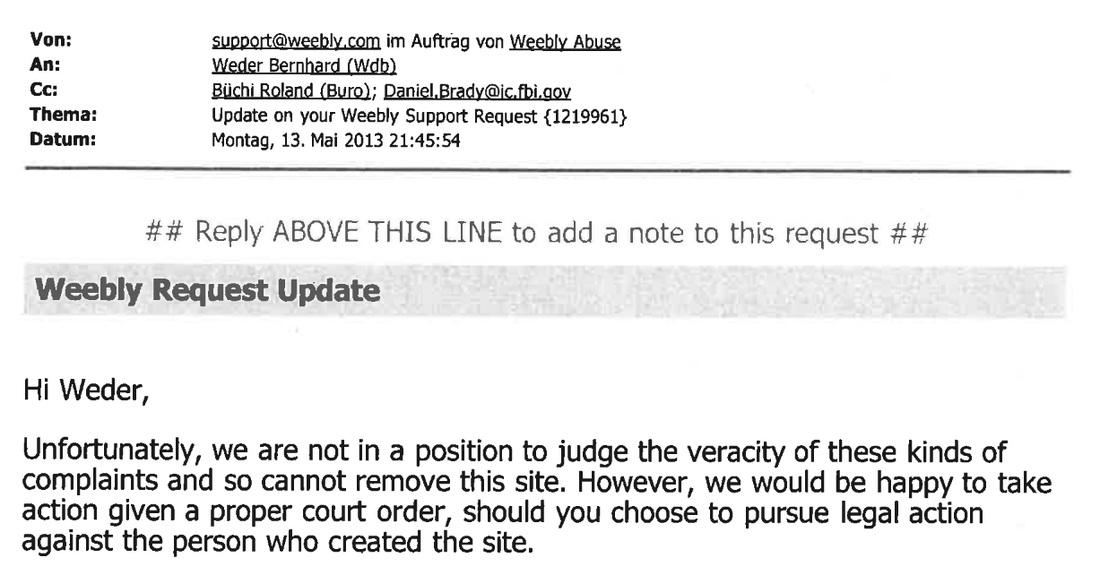 The moral of the story is: Use providers outside the European Community or Schengen jurisdiction.
Swisscom = Swiss Police State
Providers immune to Swiss influence are located in: USA, Iceland, Russia, China
√
Powered by